Dead and Company arrived at their final destination of their summer 2017 tour last night—the historic Wrigley Field. With only one more show to go of the tour, it’s a safe bet that the tunes Dead and Co played last night won’t be played again for the rest of the summer. John, Bob and the rest of the crew laid it all out last night and played their heart out for Chicago.

Highlights from the first set include a smokin’ “Sugaree” and an awesome “Let it Grow” into “Uncle John’s Band.”

The first set was great, but the second set was otherworldly. I’ll pass on the superlatives and let the setlist do the talking:

That second set included so many highlights it’s fair to call the whole thing a highlight.

I don’t know about you, but I’m sure going to miss this band after tomorrow’s finale.

Thanks to Dreamwood Media for the stream. 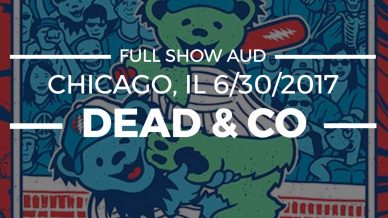