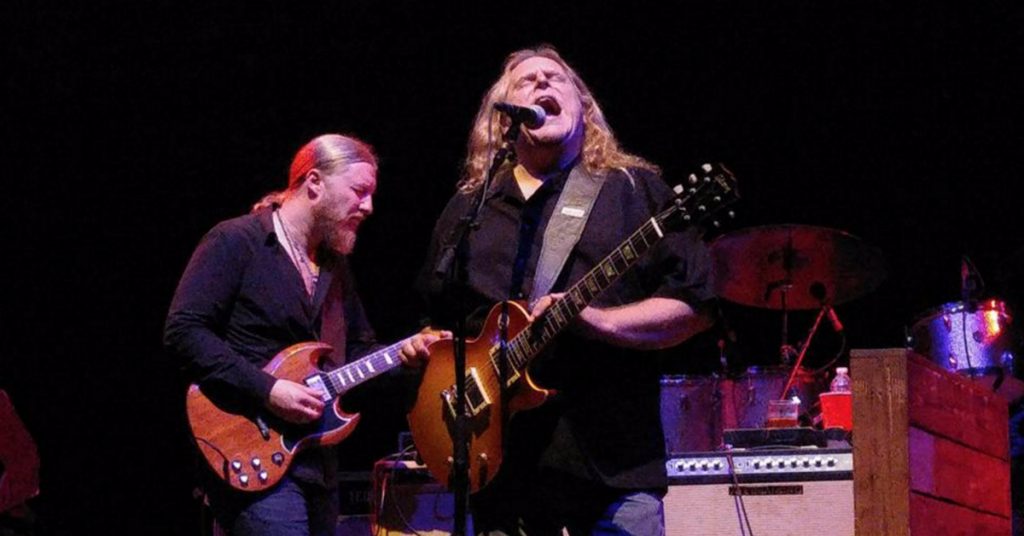 It may sound a bit cliche at times, but Warren Haynes is undeniably one of the hardest working people in rock today. The guy is simply everywhere and playing with everyone – touring with Gov’t Mule, Jerry Garcia symphonic tour, festival appearances, Phil and Friends, Christmas Jam, after-show jams, surprise sit-ins… the list goes on and on.

The only other musician featured more on Jam Buzz in 2016 than Uncle Warren was Bob Weir, who by all measures has had an outstanding year as well.

These performances are in no particular order and don’t include Mule Year’s Eve Performances which are always memorable.

Front Row: Watch Warren Haynes, Alison Krauss and More Perform “To Lay Me Down,” “After Midnight” and More

Warren Haynes and friends reprised the Dear Jerry concert this past October for the second year in a row. The first of two Dear Jerry concerts this year featured the multi-talented Alison Krauss collaborating with Uncle Warren on a number of tunes including To Lay Me Down.

Anytime Warren drops in for a sit in at the Beacon, you know you are in for a treat. During Tedeschi Trucks Band’s October run at the Beacon, Warren joined for a mini set that clocked in a whopping 40 minutes. The Allman “brothers” reunited performed “Preaching Blues,” “Keep On Growing,” “It Hurts Me Too” and “Had to Cry Today” (with a little “Soul Serenade” in the middle of it all).

Just because the concerts over, does it mean Warren’s work is done. After opening for ZZ Top, Warren made his way over to play with the Ron Holloway band. Watch this downright dirty and nasty cover of Little Feat’s “Spanish Moon.”

Uncle Warren dusted off Jerry’s famed guitar, Tiger and played it publicly for the first time since Jerry’s last performance in 1995. Enough said.

Warren joined Phil Lesh and friends for a three-night run at the Capitol. Night two featured Melvin Seals and a jam-heavy setlist.

Listen to Haynes, Krasno join Billy and the Kids for a Smoking “Deal” at Wanee 2016

Billy Kreutzmann’s band, Billy and the Kids teamed up with Soulive guitar-slinger Eric Krasno for a 90 minute set of Dead music at Wanee this year. Haynes sat-in on the last song of the set—a kick-ass performance of “Deal.”

Gov’t Mule and Friends capped off an epic Christmas Jam 2016 with an awesome Allman Brothers tribute. “Dreams > Mountain Jam > Drums > Mountain Jam” clocked in at 25 minutes and put the final end time of Christmas Jam 2016 at 2:57 AM. To give the tunes that true Allman Brothers sound, Mule has a little help from some friends including Paul Riddle on drums, Duane Trucks on drums, Count M’Butu on percussion and Branford Marsalis on the sax.

This year Traffic was in line to get the MuleOWeen treatment. Warren welcomed Steve Elson & Bobby Allende to the stage for the Traffic set. In all, Mule along with the help from Elson and Allende, knocked out 14 Traffic covers including eight Gov’t Mule debuts!

On the 37th anniversary of Zeppelin drummer John Bonham’s death, John’s son Jason Bonham joined Mule for a couple of Zeppelin covers in honor of the legendary drummer. Watch Bonham power through “Since I’ve Been Loving You” and a 14-minute “No Quarter.”

Charlie Starr, lead guitarist and vocalist for Blackberry Smoke joined Mule for every encore during their Smokin’ Mule tour this summer. The potent combo of Charlie and Warren knocked out over 30 classic covers during the encores. They were all gold, but these stuck out above the rest.

Gov’t Mule filled in for Gregg Allman who had to cancel his appearance at the Peach Festival due to illness. The Mule did not disappoint. In addition to a fantastic set, they welcomed Blackberry Smoke and Oteil Burbridge out for a special Allman Brothers extended encore.

What was your favorite Warren performance of 2016?