Update: Thanks to nolamule for the recording!

After a stellar Playing in the Sand run in Mexico, Dead and Company headed to the Southeast to kick off a string of three make-up dates from last year. The first stop was last night at the Smoothie King Center in New Orleans.

As with their show in Mexico, Dead and Company played a wild card and brought out a rare guest at the end of the first set. New Orleans native and ambassador, George Porter Jr. jammed with Dead and Co for three tunes including “Smokestack Lightning,” “Bertha” and “Sugaree.”

Thanks to btragal for the great 4k footage!

Fire on the Mountain

Friend of the Devil 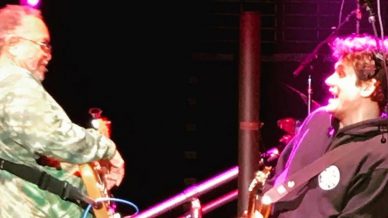