Casal was the first guest to join the action in the first set with a sit-in on the Dead classic, “Althea.” After “Shakedown Street,” Marcus King sat in on a funky, groovy “West LA Fadeaway” and lent both his guitar and vocals to the jam. MacDougall came out with the band in the second set for the Dylan classic “Tangled Up in Blue.”

Towards the end of the second set, Phil and Family threw in a couple of Allman Brothers Band teases into “China Cat Sunflower” and “Not Fade Away.” 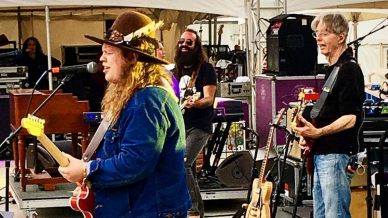