Phil Lesh and the Terrapin Family Band are hitting the summer festival circuit this summer. A couple of days ago they headlined the Revival Music Festival and the day before that, they did a headlining set at the Summer Camp music festival.

Phil and the Terrapin Family Band were joined by some extra friends at their Summer Camp fest. For the fourth song of the first set, Anders Beck from Greensky Bluegrass joined them for “Cassidy.” A couple of songs later, Al Schnier, guitarist from moe. joined for “Jack Straw > Like a Rolling Stone” and then came back in the second set for “Shakedown Street.”

The final set of guests of the set, was J.J. Grey and Mofro for the “In the Midnight Hour” encore.

Thanks to ikepgh for the recording! 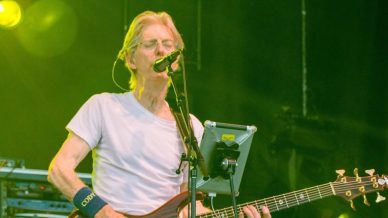