Joe Russo’s Almost Dead kicked off the festival season with a couple of raging sets at SweetWater 420 Music Festival in Atlanta this past April.

Despite it being a festival appearance, JRAD still clocked in two plus hour of good ol’ Grateful Dead jams. The set included plenty of teases as noted by the stellar box score from Eric McRoberts, but it also included a couple of bust-outs. “Shakedown Reprise” was last played on 2/15/2015 at Ogden Theater in Denver for a gap of 129 shows and “Turn on Your Love Light Jam” which was last played on 12/30/2016 at the Cap in Port Chester for a gap of 55 shows.

Thanks to Costello & McRoberts for the Ultra Mix! 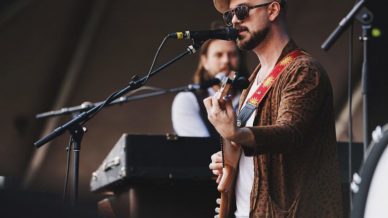 Jam Date: May 21, 2018
Featuring: Joe Russo's Almost Dead
Venue: Sweetwater 420
Songs: Cats Under the Stars, China Cat Sunflower, Estimated Prophet, Feel Like a Stranger, He's Gone, I Know You Rider, I Need a Miracle, Not Fade Away, One More Saturday Night, Ramble On Rose, Shakedown Street, Shakedown Street Reprise, The Wheel, Turn on Your Lovelight
Hey-I got something to say!