JRAD (Joe Russo’s Almost Dead) brought their A-game to LOCKN’ last night. Well technically this morning. JRAD’s set officially kicked off at 1AM and carried into the wee hours of the night.

One of the highlights of the show was this absolutely blistering “Truckin'” that they launched into after starting their set with Space > Jam.

Thanks to rdeal1999 for the footage. Head over to his YouTube channel for more.

Here are the set details thanks to the JRAD Facebook page for those keeping score:

Thanks to liveforlivemusic for the awesome photo! 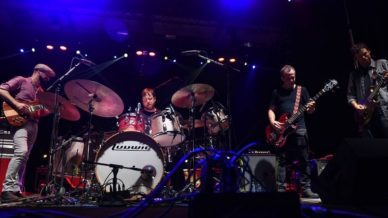