Jackie Greene celebrated his 36th birthday last month in style at the Warfield. How many other musicians could count both Bob Weir and Phil Lesh in attendance at their birthday party?

The show included killer jams including “Dark Star > I’m So Gone > Dark Star,” “Shakedown Street > Another Brick in the Wall > Shakedown Street” and so many more.

I’ve been accused of using the term “instant classic” too much here on Jam Buzz. Well, there is no doubt about this one. This will be a show we are streaming for years to come.

Thanks to unbrchn for the amazing recording. I’ve been waiting for a while for one of these to pop up on the boards and according to him, he was the only taper at the show!

Set One:
Intro
Back To the Bottom
Ghosts of Promised Lands
Now I Can See For Miles
Silver Lining
Medicated Goo
That’s What Love Will Make You Do
Hot ‘Lanta
Till the Light Comes 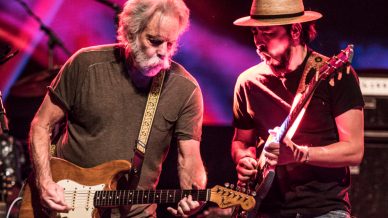