Gov’t Mule is in the midst of a European tour and a massive summer tour. The Mule is out on the road supporting their new album that came out last week, Revolution Come…Revolution Go.

Their stop in Dortmund, Germany at FZW included plenty of new tunes off the new record including “Stone Cold Rage,” “Revolution Come, Revolution Go” and one of my favorite tunes off of the album, the brooding cover of Blind Willie Johnson’s “Dark Was the Night, Cold Was the Ground.” Mule also busted out the concert debut of “Pressure Under Fire” from the new album.

Dortmund was treated to plenty of vintage Mule tunes as well like “Temporary Saint,” “Broke Down on the Brazos,” and “Thorazine Shuffle.”

With the passing of Allman Brother co-founding member Gregg Allman and former bandmate, Warren Haynes has been liberal with the ABB covers. Warren and Mule paid tribute to Gregg with a 12-minute “Whipping Post” encore.

Thanks to Ulrich Rettinger for the recording. The recording is crisp and loud, but the crowd gets a little boisterous towards the end of the show. Blame it on the German bier. 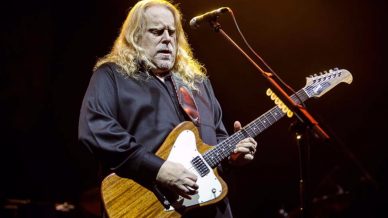