Wanee headliners and regulars, Gov’t Mule graced the the Peach Stage Saturday afternoon. With a new album on the horizon, one would expect a lot of new material to be played at the festival, but instead Warren and company treated Wanee to a vintage Mule set.

Towards the end of the set, former Allman Brothers alumni, Jack Pearson came out for an epic cover of “Freeway Jam.” Mule finished the set off with a beautiful run of “Beautifully Broken (w/ When Doves Cry jams) Effigy > Hey Joe > Folsom Prison Blues > Effigy.”

Thanks to D. Fries for the recording. 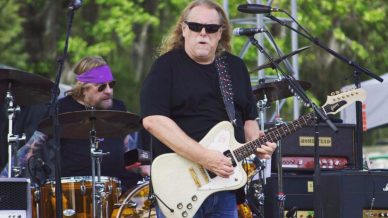