Phil’s line-up for the show included Luther & Cody Dickinson, John Medeski, Anders Osborne, and Nicki Bluhm. The third night featured some classic Dead, but was a more traditional Phil Lesh and Friends set over all.

Thanks to Nugs.net for the stream. 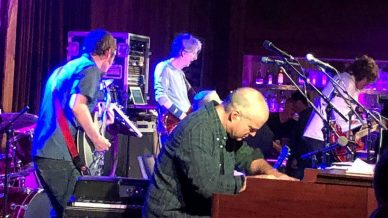