Phish closed out their three night run at the Mothership in Hampton on Sunday night. As with Widespread Panic, the old saying “Never Miss a Sunday Show” applies to Phish as well.

Little Feat’s “Skin it Back” was a cool surprise tucked into the first set. Phish hasn’t covered the tune since 8/11/15 and Trey really takes the song to task. The whole first set is great, but “Simple” stands out at the must-listen jam of the set.

Set two was a little more forgettable but had some peaks with “Waves” and “Light.”

The highlight of the evening was the second encore “You Enjoy Myself” that featured some nice peaks from Trey and a killer vocal jam from the boys. What a way to close out the run at the Mothership.

Speaking of Mothership, one of official prints from the show truly depicts Hampton as the “Mothership.”

Thanks to Ted Gakidis for the recording. 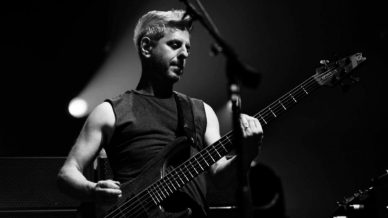 Jam Date: October 21, 2018
Featuring: Phish
Venue: Hampton Coliseum
Songs: Back on the Train, Brian and Robert, Camel Walk, Come Together, Light, Mexican Cousin, More, Possum, Rise, Saw it Again, Simple, Skin It Back, Stealing Time from the Faulty Plan, The Line, Timber, Waves, What's the Use?, Wingsuit, You Enjoy Myself, Your Pet Cat
Hey-I got something to say!