Kimock has a new album out, but only a few gigs on the calendar including some upcoming shows with the Everyone Orchestra later this month. The gig in Denver looked more like an opportunity to jam with friends than support the new album out on the road.

While the setlist was oddly devoid of Grateful Dead covers, Kimock and Friends did end the show with a run of covers including “That’s What Love Will Make You Do,” “The Maker” and Jimi Hendrix’s “Little Wing.”

The classic Hendrix tune will forever be known as more of a Stevie Ray Vaughn song for his extended and impassioned recording. Most covers of the song are modeled after SRV’s longer, jam-filled version, including Kimocks. The encore starts out a little sleepy, but then Kimock takes center stage and combusts with a blistering guitar solo that lasts the better half of the song.

Check out the full recording. Thanks to nico11104 for the recording and photo. 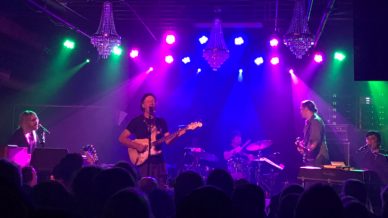