John Kadlecik reprised his Acoustilectric show in Philly a couple of weeks ago at the Ardmore Music Hall. As you can probably piece together, the Acoustilectric format is John playing some acoustic songs and some electric songs, all solo. The show was a pre-party for the Everyone Orchestra.

Kadlecik performed a good portion of “The Pizza Tapes” including classics like “Long Black Veil,” Bob Dylan’s “Knocking on Heaven’s Door,” Miles Davis’ “So What” and The Animal’s “House of the Rising Sun.”

As an added bonus, tickets to the performance came with free pizza and beer samples!

Thanks to chris cafiero for the awesome footage and SBD recording! 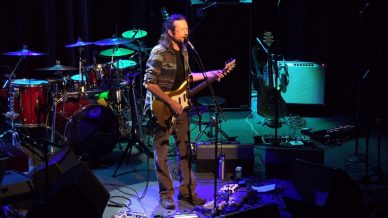