Phish made their last stop before hitting NYC and MSG for the Baker’s Dozen run. The show took place at one of Pittsburgh’s newer venues, the Petersen Events Center, which marks the first time Phish has played at the arena. Lenny Stubbe, the taper of this recording, reported that the venue was very lively and difficult to record in the space, but I think you’ll agree with me that Lenny did a fine job capturing this one.

The first set featured some great jams, but nothing more glorious than the “Prince Caspian” to end the set. The energy in the venue couldn’t be topped and Trey and the boys fed off the crowd for one of the best jams of the tour. Check out the multi-cam of phan footage put together by Tom Rowles –

“Divided Sky” was also a noteworthy jam in the first set with an incredibly loud pause, courtesy of the crowd.

The big bust out in the second set was “Mr. Completely” which was played for the first time since July 15, 2003 (380 shows). The jam clocked in at 20+ minutes which is incredible considering this was only the second time that Phish ever played the song!

Phish also debuted a pair of tunes, that were originals by Trey and Mike – “Marissa” and “Come Together.” And no, this is not the Beatles song.

The five gigs leading up to the MSG run have given Phish amply time to warm up and stretch out. In looking at the last five shows this summer, Phish has yet to play a repeat. Do they continue “no-repeats” into MSG? Can they play 18 shows without repeating a single tune? If any band can do it, I’m confident it’s Phish.

Thanks again to Lenny Stubbe for the recording. 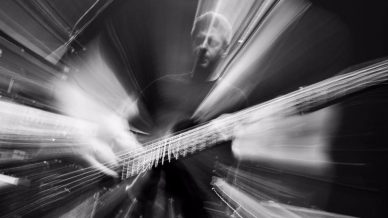