The diverse group of musicians on stage brought the Little Feat catalog to life, especially the Tash Neal & Neal Casal on guitars. While it’s hard to match the spirit and tenacity of a Little Feat show, these guys brought their A-game last night.

While some of the tunes were pretty straight forward, songs like “Spanish Moon” (at approximately 1:00:00) had a serious groove going on.

Fast forward to about the 29:00 minute mark for the “Fat Man in the Bathtub” opener.

Little Feat fans—any help with the setlist would be appreciated!

Thanks to Brooklyn Bowl for the HD video stream of the show! 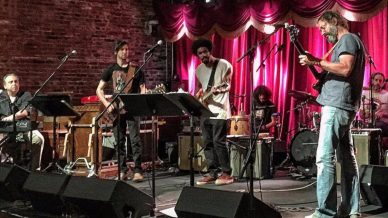