It’s not uncommon for two guitarists to share a stage, but it’s rare to have two legendary bassists share a stage for an entire show. And what a show it was. Phil & Phriends played a ton of Dead and mixed in a couple of classic Phish tunes like Funky Bitch and Yarmouth Road.

I shared the great “Shakedown Street” opener a couple of days ago, but the sound on this recording really showcases the two-bass guitar attack.

Thanks to Jay Blakesburg for the awesome photograph and to Quinfolk for the stream!

Here is the setlist: 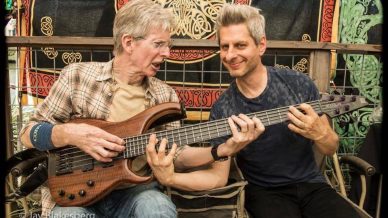