While Dead and Company is crushing it on the East Coast, Phil Lesh and the Terrapin Family Band put on a pair of shows in Chicago at the Riviera Theater. For the two night run, Phil was joined by Ross James on guitar, Grahame Lesh on guitar, Alex Koford on drums, and special guests Karl Denson on horns and percussion and Eric Krasno on guitar.

Dead and Co has a pretty big catalogue of songs, but a Phil and Terrapin Family Band show is definitely more exploratory and takes bigger chances with their setlist. Some have complained that Oteil’s bass has been low down in the mix at Dead and Co shows this fall. At a Phil show, there is no mistaking who the bassist is.

As with the Robert Randolph and Jazz Hall Preservation Band shows a few weeks back, the addition of special guests Eric Krasno and Karl Denson fuse perfectly.

Thanks to Jeff Frank for the A+ recording. 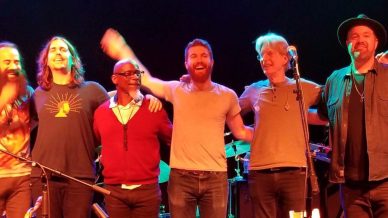