Dead and Company burst into December with a phenomenal show in America’s heartland, Texas. The first of two shows in Texas was in Dallas and the second will be tonight in Austin. Then Dead & Co heads east for a show in NOLA before finishing out their fall tour in Florida.

One of the highlights of last summer’s tour was the transcendent “Eyes of the World” at the Gorge. The ‘Eyes’ last night gave me that same ear to ear smile and is definitely a highlight of the fall 2017 tour.

Another highlight of the evening was the scorching “Casey Jones” second set closer. Even Mayer admitted that it was a face-melter.

Watch how wild it got:

After the show, Mayer shared a picture of the blisters on his fingers. Yea, this guy plays his heart out every night.

Thanks to Don Olker for the phenomenal recording! 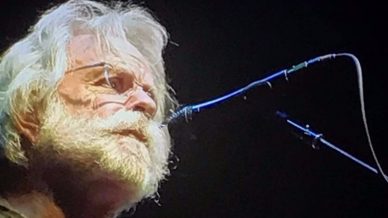