After a cancellation of the X-Mas Pre-Jam due to snow, Warren Haynes’ annual Christmas Jam went off without a hitch. And what a show it was!

In a year where Warren Haynes lost both Butch Trucks and Gregg Allman, an Allman Brothers tribute was in order. A once in a lifetime ensemble titled Los Bros patched that void, if only for a night. The group filled an hour-plus time slot with 6 extended takes of the best of the ABB.

Los Bros included Warren Haynes on guitar and vocals, Jorgen Carlson on bass, Bruce Katz on keys, Lamar Williams Jr. on vocals, Paul Riddle on drums and Marc Quinones on drums. The supergroup was joined by a slew of guests throughout the evening including Mike Barnes, Craig Sorrells, Brandon “Taz” Niederauer, Charlie Starr and Marcus King.

Thanks to skriddler for the stream and to Z-man for the recording. 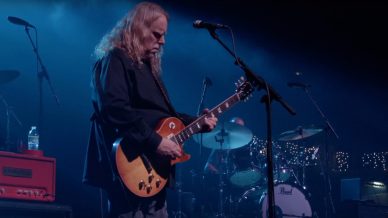