Two days after Neal Casal’s amazing performances with Circles Around the Sun and Oteil and Friends at LOCKN, he passed away at the way too young age of just 50 years old. Exactly one month later, Peter Shapiro helped organize a benefit to raise money for charity and celebrate Neal’s life entitled There’s A Reward: A Celebration of the Life & Music of Neal Casal at the Capitol Theater.

While Neal wasn’t there physically, he was there symbolically and in spirit. In the corner of the stage there was a stool with Neal’s jacket and guitar next to it for the entire show.

The beautiful evening of music was truly a tribute to an amazing musician. My favorite part of the evening was seeing that Circles Around the Sun, one of Casal’s greatest musical contributions, will live on without Neal. Check out Eric Krasno join Neal’s former COTS bandmates for “Gilbert’s Groove” at 3:15:27 in the video.

Thanks to Relix for the free stream of the show! 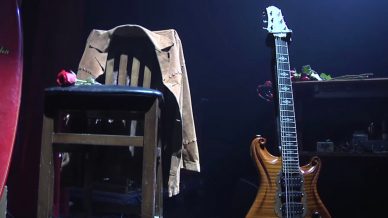