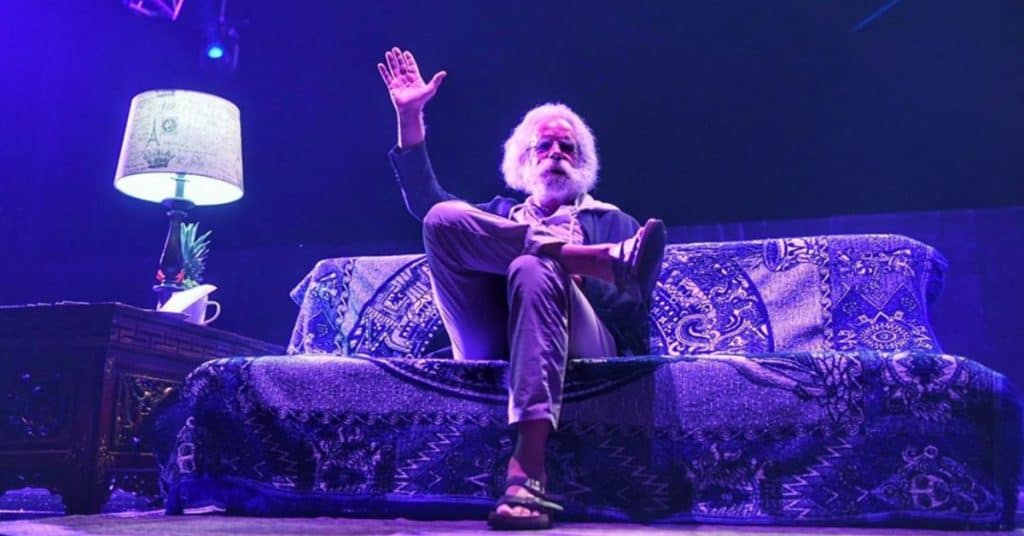 We interrupt the Daily Jam for an important announcement: Jam Buzz is covering LOCKN! Friday, Saturday and Sunday’s posts will be recaps chock full of highlights, once in a lifetime collaborations and of course plenty of tasty jams.

Are you at LOCKN? Contribute your favorite live jam to the LOCKN 2019 Soundtrack and get a crack at winning a free shirt!

10 hours, 375 miles, three detours and one doozy of a storm later, I made it to Infinity Downs—the home to the LOCKN’ music festival since 2013. While my journey was harrowing at points, the entry into the festival grounds was thankfully uneventful. Others weren’t as fortunate.

Hope everyone is okay. We lost some stuff but glad we were in our bus. #locknfestival #lockn #virginia #mothernature #festivalblogger #littleragers

The rain postponed the early afternoon kick-off, but by 8 PM the festival organizers got the show back on the stage for a condensed version of the originally scheduled program.

First up was a band new to me, Khruangbin. The three piece band from Houston, Texas set the vibe with some chill opening grooves. Shortly after starting the set, Khruangbin’s guitarist Mark Speer welcomed none other than Big Red to the stage for entire rest of the set! Fast forward to the 15 minute mark below to see the first tune of Trey’s sit in. Needless to say, the banging bass and middle-eastern like riffs won me over instantly.

Not eight minutes after Khruangbin’s set was done, did Gary Clark Jr’s set start. Another Texas native, Clark showed LOCKN’ that he is worthy to be among the blues legends that he has based his signature sound on. Clark rocked tracks new and old and finished his brief hour long set with a ferocious cover the Beatles’ “Come Together.”

Next up was Thursday’s headliner—Joe Russo’s Almost Dead. JRAD has cut their teeth in LOCKN’s past including one of my favorite LOCKN’ moments, a blistering “Truckin’” to open up one of their sets in 2016.

JRAD’s two sets was everything you would wish for and more. Russo, reminiscent of Animal on drums, lead the Almost Dead into some pretty deep jams, awesome covers and of course a ton of good ol’ Grateful Dead. One of the highlights for me was a segue into a all-hands on deck cover of Zeppelin’s “Immigrant Song.” The Zeppelin catalogue is second nature for four of the five JRAD band members as Russo, Metzger, Benevento and Dreiwitz perform, albeit infrequently in the Zeppelin tribute band Bustle in Your Hedgerow.

The surprise of the two JRAD sets was a special appearance by none other than Bob Weir. During “Eyes of the World,” JRAD continued to jam while the stage rotated 180 degrees to reveal an empty couch complete with an end table and lamp. Several minutes later, the stage rotated again to reveal Bobby lounging on the couch, reading a book. Whether it was a head-nod to those catching the livestream on the couch tour or the “ultimate sit-in,” the hi-jinx was appreciated by LOCKN’ attendees.

Thanks to monihampton for the on the stage view of the sit-in.

Before JRAD’s two sets concluded, I was beckoned by the distance grooves emanating from Garcia’s Forest. While LOCKN’ has primarily one stage where the performances happen, early morning and late night shows happen nearly a half mile away on the other side of GA camping in Garcia’s Forest. The secluded, cozy stage is nestled in the middle of a wooded patch of the farm with Edison string lights and dozens of LED illuminated trees.

Thursday’s nightcap was a set from Circles Around the Sun. The Neal Casal lead quartet was the perfect antidote for a long, long day. Casal’s solo during “Gilbert’s Groove” among others was simply mind blowing. Apologies for the poor video!

Despite the hypnotic grooves COTS were laying down, I was exhausted and turned back to my camp site before the set was over. On my trek back, a golf cart manned by LOCKN’ mastermind Peter Shapiro with Tom Hamilton and Joe Russo hanging out the back came bombing down the path. Whether they were en route to watch the rest of the COTS set, sit in with Casal and his crew or get into some other type of trouble is unknown to me. What I do know is that LOCKN’ day one is in the books and it’s off to one hell of a start! 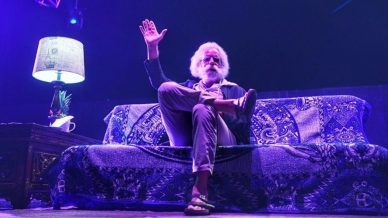