The last week has been a great one for Dead fans. While Bob Weir and Wolf Bros are making their away across the US during for their inaugural tour, Phil Lesh and a group of his friends did a Halloween run on the East Coast.

Dubbed Phil-O-Ween, Lesh teamed up with Twiddle on Halloween proper at the Cap, and then did a pair of shows with Karl Denson, Jimmy Herring and The Terrapin Family Band. Herring double-dipped Halloween runs this year, flying to NYC after his massive Vegas run with Widespread Panic.

The set had plenty of Dead, but also some killer covers including CSNY’s “Ohio” and “Almost Cut My Hair.”

Thanks to nico11104 for the recording. 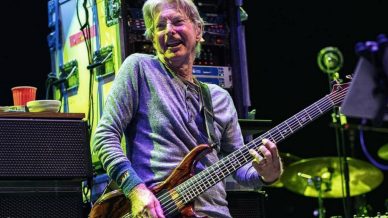