Joe Russo’s Almost Dead finished up their Brooklyn Bowl run on Saturday night with another barn-burner. As with the nights before, JRAD had plenty of bust-outs, debuts and surprises tucked into the 3+ hour show.

JRAD kicked off the first set with a debut of the Rolling Stones’ “The Last Time.” The Grateful Dead played the song 70 times in their final years on the road. Some Radiohead teases followed during “Shakedown Street” and continued throughout the night. Jerry Garcia Band’s “Mission in the Rain” was another notable bust-out in the first set.

The second set featured a pair of debuts as well including Zeppelin’s “Good Times Bad Times.” Most of JRAD is familiar with the Zep tune and plenty of others as they are all part of the Zeppelin tribute, Bustle in Your Hedgerow. The other debut in the second set was The Band’s “Chest Fever.” 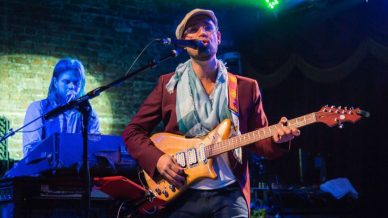