Thanks to Chris Cafiero, we have HD video and SBD audio productions of both performances!

When not playing with his band, Hamilton is on lead vocals and guitar for Joe Russo’s Almost Dead and Holly Bowling plays gorgeous interpretations of Grateful Dead tunes (as well as Phish) on the piano. In a post-Grateful Dead world, Tom Hamilton and Holly Bowling are two of the best musicians on tour to bring the Dead’s music to generations to come.

For the American Babies performance, Hamilton lead the group through a rocking set that included originals like “Synth Driver” as well as a couple of Dead tunes. The first Grateful Dead cover to come out was an American Babies staple—”Mississippi Half-Step.” For the encore, Holly, Tom and the Babies treated Philly to a no holds barred version of “Deal” that brings down the house. You can fast forward the video to 1:11:15 to see the cover of “Deal.” 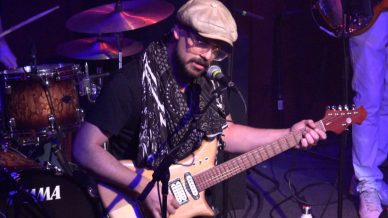