The late Grateful Dead lyricist and internet pioneer, John Perry Barlow was honored and eulogized in one last “BarlowFrenzy” last night at the Fillmore. The free event spanned four hours and included, performances and speeches from friends and family.

In between short sets from the Soul Rebels, a three-piece band including Jerry Joseph, Wally Ingram and Steve Kimock, Bob Weir and a slew of friends including Sean Lennon and then a final set with Lucas Nelson, Sean Lennon and Bob Weir among others were stories and eulogies to Barlow from friends and family. Guest speakers included Barlow’s daughters, Wavy Gravy and even Edward Snowden video conferenced in!

If you have time, the whole show is a beautiful tribute and show be watched (starting at 1:24:00.)

During the last set of the evening, Sean Lennon and Lucas Nelson joined Bobby and friends for a spooky good version of “Estimated Prophet.” The big surprise was Lucas Nelson on vocals. In addition to Estimated, tunes including “Miracle” and “Feel Like a Stranger” were played as well.

Thanks to nugsnet for streaming the entire event! 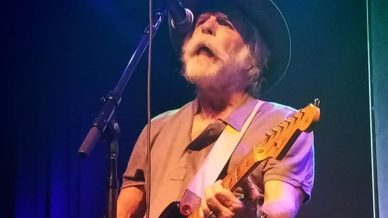