Phish continued their fall tour at the Met in Philly last night. The gig was announced after the initial tour was planned and was billed as an Sirius XM special event. Aside from being a free show and broadcast exclusively on Phish’s XM radio station, the show was remarkable because it’s the smallest venue that Phish has played in decades.

Approaching showtime, there were tickets being sold in excess of $1,000. To say this was a hot ticket would be an understatement.

Phish opened the show in true Phish-phasion with an acapella rendition of “Hello My Baby.” After the Phish crooned the final notes of the 100+ year old tune, they took their places and settled into their first of many “Tweezers” of the evening. In all, “Tweezer” made an appearance four times before the night was capped off with a “Tweezer Reprise.”

Thanks to u/Kernel_Forbin for the stream! 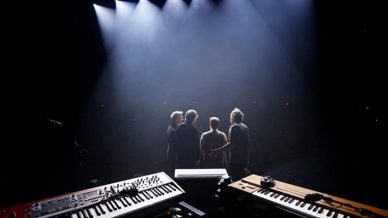