Little Feat’s 50th anniversary tour kicked off last week in D.C. The tour extends through the end of March culminating with nearly a week at Ramble on the Island in Jamaica.

For Little Feat’s stop at the Beacon in NYC, Little Feat were joined by a pair of very special guests. First, Larry Campbell came out for the majority of the set including The Band tunes like “The Weight” and “Rag Mama Rag.”

To close the set, Gov’t Mule frontman Warren Haynes came out to jam on a pair of Little Feat classics including “Spanish Moon” and “Dixie Chicken.”

Thanks to Stevie Combs for the footage! 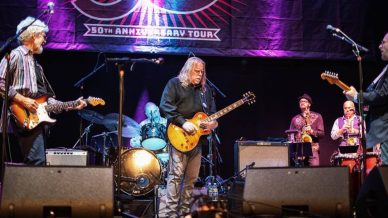