Phish’s fall tour took them from Albany to Hampton, VA where they played at the mothership—the Hampton Coliseum. One of the more storied venues in Phistory, Trey and the boys are doing a three-night run at the Coliseum.

After dropping a ton of hits in their first two shows of the tour, the P-fish kept them coming on night one of the Hampton run.

The first set opened with a perfectly executed “Strawberry Letter 23” which was only the second performance of the tune. Next came a rip-roaring “Blaze On.” Also check out the funky “Meat” towards the end of the first set.

Phish kicked it into high gear right from the get-go with “Carini” but pulled the cord early and opted for a jammin’ “Sand” instead. Next up was an absolutely monster “Golden Age.” Phish left Hampton wanting more with an awesome “The Lizards” encore and luckily for them, they’ll get another two nights! 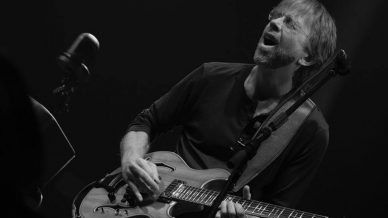