Phish made their mighty return to Madison Square Garden for their famed New Years Eve run last night. On any normal year, the NYE run at MSG would be the highlight of a NYC Phish fan, but with 13 MSG shows under Phish’s belt already, the boys had a lot to live up to.

Out of the gate, Phish was on fire. The opener “AC/DC Bag” lead to a monster “Wolfman’s Brother.” Other first set highlights include “Roggae” and a “Theme from the Bottom” set closer.

Phish opened the second set with phan-phavorite “Wilson” and set the stage for another killer set. While Phish had to spread out the heavy hitters during the Baker’s Dozen, they wasted no time busting out the classics like “Also Sprach Zarathustra,” “Harry Hood” and “Slave to the Traffic Light.”

Set I:
Intro
AC/DC Bag>
Wolfman’s Brother
Roggae
Tube>
Bouncing Around The Room
Back On The Train
Your Pet Cat
Waking Up Dead>
Theme From The Bottom
Outro

Thanks to Noah Bickart for the recording. 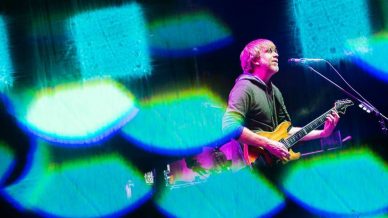