Listen to Dead and Company’s Friday night’s tour stop in Noblesville, IN at the Klipsch Music Center. As one Redditor noted, “John really exploring his inner weirdo.” As the boys start to settle into the tour, you get the sense that they are really out to cover new ground, not just rehash old favorites.

One of the standouts of the show was opening the second set with “Dark Star” into Bob Dylan’s “Hard Rain” which was a Dead and Company debut.

Enjoy the show in all it’s soundboard glory! 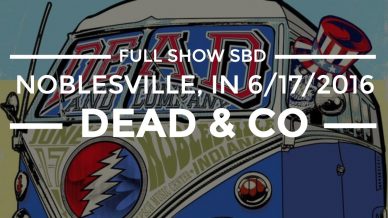