Joe Russo’s Almost Dead made the second stop of their winter tour in St. Louis last night. JRAD performed their first of two shows at The Pageant in the midst of a winter storm.

While it may have been cold outside, it was blazing inside in The Pageant. JRAD dropped nearly three hours of good ol’ fashioned Grateful Dead and other covers on the St. Louis fans. Tom Hamilton eased the crowd into a 18-minute rendition of Jerry Garcia Band’s “Cats Under the Stars” to kick off the first set.

JRAD tucked in plenty of goodies into the two sets including a cover of Bob Weir’s “Gonesville” from his newest record, a rare second set “Jack Straw” and the rare “Never Been to Spain” cover to cap the night off.

ENC: Never Been To Spain

Thanks to Chris King for the recording. 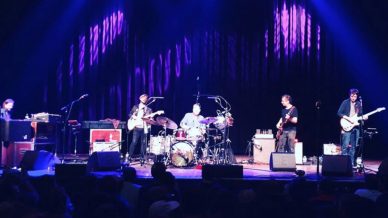