Thanks to Sean Roche we have great front-row footage from the show. In addition to “Rag Mama Rag” here are more tunes from last night:

Up On Cripple Creek

Georgia on My Mind

The Night They Drove Old Dixie Down

It Makes No Difference

All Our Past Times

I Don’t Believe You

For those of you that want more performances of “The Last Waltz,” you’re in luck. Warren Haynes is taking “The Last Waltz” on the road next January for an 11-date tour. 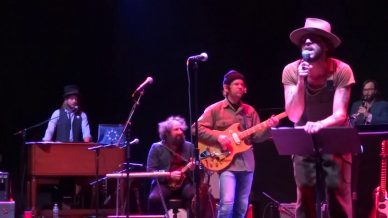