The fabled and much written about New Year’s Eve show at the Cypress Festival in 1999 is considered by many to be the greatest Phish show of all time. Big Cypress was the 5th Phish festival and was the most attended. 85,000 phans trekked to Florida to ring in the millennium with Phish.

Phish played over 16 hours of music at Big Cypress and seven and half of those hours were played during the New Year’s Eve show! The show is packed with many, many stand-out performances. The ‘Cypress Sand’ is possibly one of the most jammy, spaced-out and hypnotizing versions of the song ever played. It’s one of those songs that you get lost in, lose track of time and before you know it 20 minutes has passed. 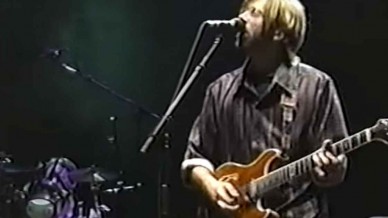