TAUK is on the road with a rotating cast of characters this Spring including Disco Biscuits, Lettuce and nearly half a dozen other bands. Last week, TAUK and Big Something funked Chicago’s Concord Music Hall’s hard.

After Big Something’s opening set, TAUK threw down two funky sets of originals and covers. Among the covers were Allman Brothers Band’s “In Memory of Elizabeth Reed,” Mac Miller’s “What’s the Use,” Nine Inch Nails’ “Closer” and Peter Gabriel’s “Sledgehammer.” Configurations of Big Something’s band members lent their support on each of the covers over the two sets.

TAUK showcased their versatility through the lens of these covers. There are few bands on the road that could weave classic rock, rap, industrial rock and an 80’s hit seamlessly into their setlist.

Thanks to size_hump for the recording. 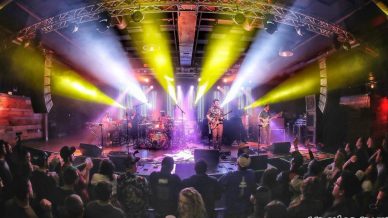 Jam Date: April 12, 2019
Featuring: Big Something, TAUK
Venue: Concord Music Hall
Songs: Afro-Tonic, Closer, Convoy, Horizon, In Memory of Elizabeth Reed, In the Basement of the Alamo, On Guard, Pioneer, Program Select, Recreational Outrage, Shenanigans, Sledgehammer, Time's Up, Upside Down, Waver, What's the Use
Hey-I got something to say!