Widespread Panic concluded their summer tour and second night in St. Augustine last night. Where the first night was punctuated by special guests and two sets, last night was a no bullshit, massive single set show.

After the massive set, WSP came out for two more encore tunes, including a “Dear Mr. Fantasy” show-closer. What a way to end the tour!

Thanks to Bennett Schwartz for the excellent recording! 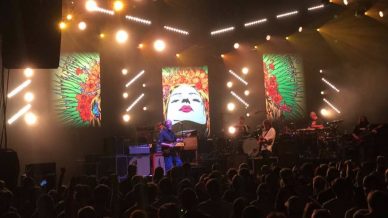