Soulive and John Scofield teamed up for a show at the Ardmore Music Hall just outside of Philly last Friday night. Good guys Krasno, Scofield and the Evans brothers offered up a matinee show on Saturday for those who weren’t able to make it due to bad weather the night before. What was even more impressive was Soulive returned to the Ardmore later that night for another show at 10 PM.

Scofield joined Soulive for the remainder of the show after the second song. The setlist included Soulive originals and a few covers including “Hey Joe” and the Allman Brothers Band’s “In Memory of Elizabeth Reed.” It’s a treat to hear Krasno and Scofield do a double guitar assault on tunes that Hendrix and Allman played over 50 years ago.

Nearly all the songs that Scofield sat in with clocked in at 10 minutes or more making for a very jammy matinee!

Encore:
10 In Memory of Elizabeth Reed *

Thanks to Papaphunk for recordings of both shows! 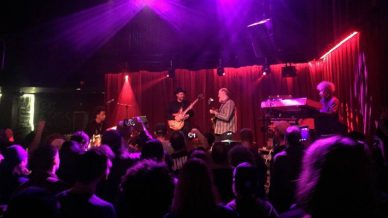