Update: Thanks to cd2go for the recording!

Westville Music Bowl in New Haven, CT announced a tribute to Jerry Garcia dubbed Daze Between. The one day event took place on August 8th, the day before the anniversary of Garcia’s passing.

The line-up for the event was stacked and included Warren Haynes, Grace Potter, Lettuce and more. Lettuce’s set was a tribute to Jerry’s JGB material. Halfway through their set, Warren Came out and joined them for a couple of tunes including a rendition of Clapton’s “After Midnight.”

Thanks to Eileen Rose for the footage! 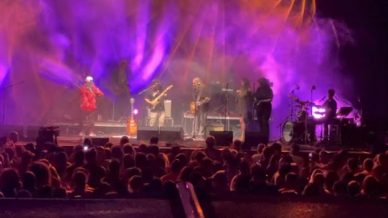