Phish completed their two night run at The Mann in Philadelphia last night. The long awaited material that Trey had been hinting at over the summer started to surface in tonight’s show. Phish debuted three songs including “Waking Up Dead,” “Tide Turns,” and “Friends.”

Lazy Lightning was generous enough to upload his footage of “Friends” after the show. The song, captured in 4K with a patch from a taper, features Page on vocals.

What do you guys think of the new tune(s)? Every time I listen to “Friends” I like it a little more.

Here is the full setlist from the show thanks to Reddit: 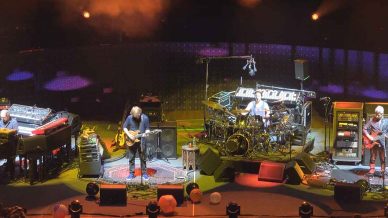