The acts at the Christmas Pre-jam where pretty similar to the actual Xmas Jam this year, including a great set from Mr. Bob Weir. Bobby’s lineup included Tom Hamilton on guitar, Holly Bowling on keys, Don Was on bass and Duane Trucks on drums.

The setlist was pretty similar to the ones from this fall. Bob opened up with a few acoustic tunes, including “Only a River” off his new album. The entire band then finished the set with a Dylan cover, another Bobby tune off Blue Mountain and three Dead tunes. For the last song of the set, Warren Haynes came out to sing and play guitar on “Touch of Grey.”

Here is the full setlist:

Thanks to nolamule for the great recording! 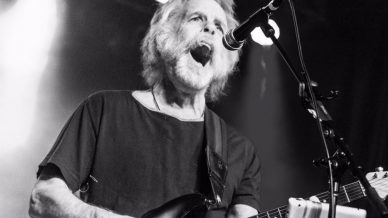