Dave Matthews Band is back on the road this spring. Before DMB hits the North American festival circuit and summer tour, they have been touring Europe since early March.

Their latest stop over the pond was in Vienna, Austria at Wiener Stadthalle.

Dave treated Vienna to 21 songs in total including DMB classics like “So Much to Say” and “#41” as well as new material off their 2018 album Come Tomorrow including “Do You Remember.” Dave also included a pair of covers in the show including Peter Gabriel’s “Sledgehammer” and fan-favorite “All Along the Watchtower” by Bob Dylan.

Thanks to DIe/Wal for the recording. 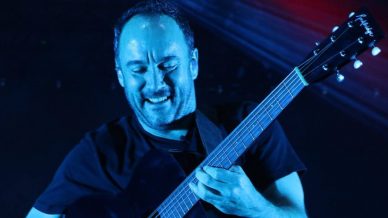 Jam Date: March 28, 2019
Featuring: Dave Matthews Band
Venue: Wiener Stadthalle
Songs: #41, All Along the Watchtower, Anyone Seen the Bridge, Cornbread, Crash into Me, Do You Remember, Don't Drink the Water, Gravedigger, Grey Street, Here on Out, Louisiana Bayou, Lying in the Hands of God, One Sweet World, Save Me, Sister, Sledgehammer, So Much to Say, Stay, Too Much, You Might Die Trying, You and Me
Hey-I got something to say!