The Grateful Dead played for the first time at the legendary Red Rocks Amphitheatre on July 8, 1978. This performance along with shows from Kansas City, St. Paul, Omaha and the second Red Rocks show are being released as part of a 12-disc box set in May. The July 1978: The Complete Recordings box set includes soundboard recordings made by the band’s former engineer Betty Cantor-Jackson. Dead archivist, David Lemieux says the following about the set:

These five shows are from one of the best weeks of the one of the best years in the Grateful Dead’s 30 years performing career. From the opening ‘Bertha’ to the closing ‘Werewolves of London,’ this box features nearly 100 tracks of phenomenal, inspired playing, all of which is previously unreleased.

Lemieux goes on to talk about the July 8, 1978 Wharf Rat in particular. The performance has a beautiful extended intro and at one point supposedly you can hear either Bobby or Phil shush the crowd during one of the quieter moments of the song.

“‘Wharf Rat’ had its highest moments in 1978, and this boxed set features three versions of this Garcia-Hunter epic song, played at the box’s first, third, and fifth shows. The final show of the tour, and the boxed set, includes plenty of crowd-pleasing songs, including this spectacular version of ‘Wharf Rat.'” 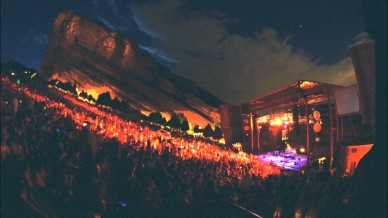