Holly Bowling returned to YouTube with another installment of Live From Out There. Holly has been treated fans with intimate sets from the living room of her apartment.

This past Thursday, Holly weaved an eclectic set for the livestream that included Grateful Dead and Phish tunes as well as a Nine Inch Nails bust-out. The classic NIN tune was last covered by Holly on 10/18/2017.

Thanks to Holly Bowling for the stream!

Trey Anastasio’s mini solo acoustic tour continued on Monday in Eugene, Oregon at the Hult Center. Trey is just about two weeks away from joining the rest of Phish for four nights at MSG for their annual NYE in NYC run.

Trey shared originals, plenty of Phish tunes and great bits of banter throughout the performance. One of the stories Trey shared revealed a little more light on the Kasvot Vaxt story. According to Trey, Phish was performing at a festival in the early 90s in Denmark and shared a bill with “peak” Nirvana. Trey claimed that it was at this festival that they first met Kasvot Vaxt and said he would leave it to us to figure out the rest.


Thanks to gotfob for the recording and sorry for the Soundcloud track listing.

Holly Bowling, grand pianist and Grateful Dead & Phish interpreter is back on the road for a late summer tour. Holly reconnects with Ghost Light for a string of fall dates after her solo dates.

One of Holly’s stops last week was the Bluebird Theater in Denver, CO. The first tune of the evening was a Phish rarity, “Col. Forbin’s Ascent.” The 15 minute take on the vintage Phish tune gave way to a gorgeous “Birdsong.” For the rest of the show, Holly volleyed between Dead and Phish tunes effortlessly, blending two of the greatest catalogues in the jam band cannon from behind a grand piano.

Holly released some footage of her masterful cover of “Mercury” on her YouTube channel.

Thanks to Jeffery Bowling for the awesome soundboard recording!

While there was plenty of afterparty action after the Phish shows, Holly Bowling put on a remarkable set of Phish tunes on the grand piano before the MSG show on 12/30. And Holly didn’t play just any set of Phish tunes, but she paid tribute to one of my favorite Phish albums, Billy Breathes by playing the album in it’s entirety.

It’s hard to believe that Billy Breathes is 20 years old. The album has Phish tunes that have withstood the test of time like “Free,” “Theme From the Bottom,” “Taste,” and “Prince Caspian.” Even if you aren’t a Phish fan, you have undoubtedly seen the album cover of Billy Breathes which is an extreme fish-eye close-up of Phish bassist Mike Gordon. 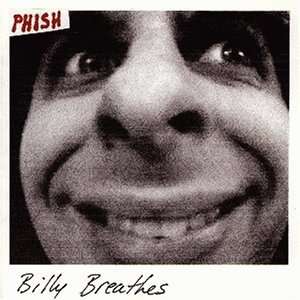 Thanks to taperjeff for the great SBD and AUD matrix recording!