Gregg Allman, co-founding member of the legendary Allman Brothers Band, has passed away at the all-to-young age of 69. Gregg’s ailing health had impacted his tour schedule over the last couple of years and rumors of his death had started to circulate a couple of weeks ago.

The Allman Brothers and Grateful Dead have a rich history with historic gigs and shared musicians—specifically Oteil Burbridge and Warren Haynes, she were both members of the Allman Brothers Band and reincarnations of the Grateful Dead. Although ABB officially called it quits a few years ago, the music lives on with Oteil, Warren and so many others.

Phil Lesh and Friends were in the middle of a two night run at the Capitol Theater when news broke about Gregg’s passing. Phil dedicated the show to Gregg and honored him with a moving cover of “Midnight Rider.”

Thanks to our man Sean Roche, we have some awesome front row footage from the performance last night. 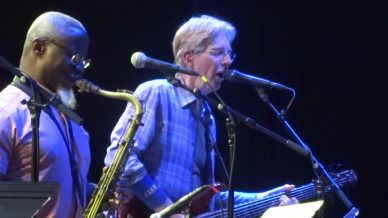