Tedeschi Trucks Band winter tour came to an end last week. Before it ended, TTB played at The Bell Auditorium in Augusta, GA.

For the encore, Marcus King and members of his band joined Tedeschi Trucks Band for their encore. For the first encore tune, “Don’t Think Twice, It’s Alright” King swapped places with Derek Trucks. Trucks came back out for the second encore as well as Dean Mitchell on sax, DeShawn “D Vibes” Alexander on keys and Justin Johnson on trumpet. While “Don’t Think Twice, It’s Alright” was a beautiful ballad, “Show Me” was a barn burner.

Thanks to Chris C. for the great recording! 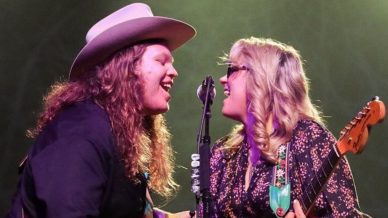 Jam Date: March 1, 2019
Featuring: Marcus King, Tedeschi Trucks Band, The Marcus King Band
Venue: The Bell Auditorium
Songs: Bird On A Wire, Bound For Glory, Do I Look Worried, Don't Know What It Means, Don't Think Twice It's Alright, Down in the Flood, Hard Case, Idle Wind, Leavin' Trunk, Part of Me, Shame, Show Me, Signs High Times, The Sky is Crying, When Will I Begin
Hey-I got something to say!