Voodoo Dead’s playing is highlighted by extended, jazzy jams from some of the best musicians on tour right now. To kick off the last night of their run, Kimock said he was going to ease into things. After a meandering jam, a gorgeous “Crazy Fingers” emerged.

In addition to the Grateful Dead, Voodoo Dead busted out “One Way Out” by the Allman Brothers and “Don’t Let Me Down” by the Beatles in the first set.

Here is the setlist – please share any corrections with me in the comments below!

Thanks to Liquid Silver Stream for the top notch multi-cam footage and soundboard feed! 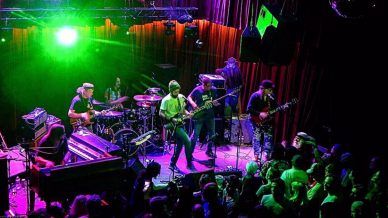