After an unbearably long hiatus from touring due to COVID, Phish returned to the stage for the first time in 521 days. While the band has been gracious with Dinner and Movie nights, a new album and performances from Trey abound, nothing beats the real deal.

Speaking of Trey’s prodigious pandemic output, Phish started the first set with debuting one of Trey’s quarantine tunes “I Never Needed You Like This Before.” This tour opener in Walmart Arkansas Music Pavilion marked the bands debut in Arkansas as well.

SET 1: I Never Needed You Like This Before[1], Tube > Free, Bouncing Around the Room, 46 Days, Limb By Limb, Wolfman’s Brother, NICU, Drift While You’re Sleeping

Thanks to Ryan Sibert for the recording. 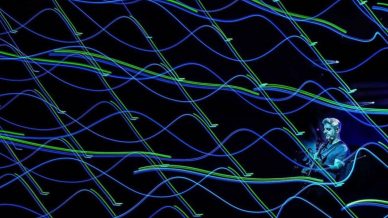 Jam Date: July 28, 2021
Featuring: Phish
Venue: Walmart Arkansas Music Pavilion
Songs: 46 Days, Bouncing Around the Room, Down with Disese, Drift While You're Sleeping, Free, Fuego, I Never Needed You Like This Before, If I Could, Limb By Limb, NICU, Plasma, Rift, Rise Come Together, Runaway Jim, Say it to Me S.A.N.T.O.S, Simple, Slave to the Traffic Light, Tube, Weekapaug Groove, Wolfman's Brother
Hey-I got something to say!