The Wheels of Soul tour is coming to an end, but after you see and listen to Tedeschi Trucks Band’s second Red Rocks show, it’s hard to believe this train can stop. TTB has two more of The Wheels of Soul gigs—Salt Lake City, UT tonight and Missoula, MT tomorrow night.

For night one of two at Red Rocks, TTB welcomed a slew of guests including legendary keyboardist John Medeski. For their second night doubled down on their guests and invited Jack Cassidy and Jorma Kaukonen from Hot Tuna, both Wood Brothers, Mitch Chakour and Widespread Panic’s guitarist and vocalist John Bell. Wow.

It’s cliche to say Derek Trucks was on fire for the show, but he definitely turned it up a notch. I love the moment captured beautifully in this picture by Bill McAlaine Photography. Susan and John look on in awe as Derek does he thing. 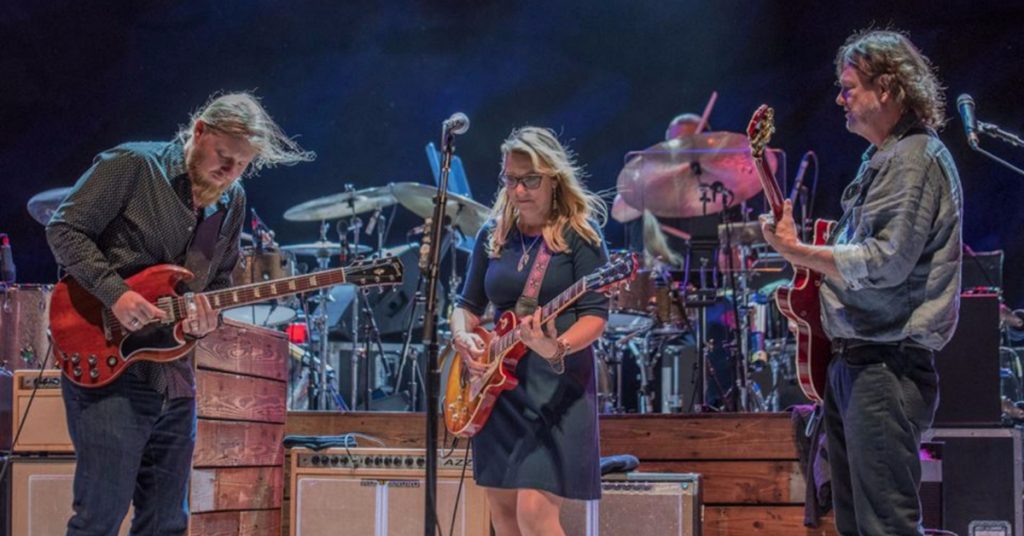 Jack Cassidy came out in the front half of the set for “Get Out Of My Life” and then was joined by Jorma for “Sky Is Crying.” A couple of songs later, the Wood Brothers joined Tedeschi Trucks Band for the beautiful rendition of the Rolling Stones’ “Sweet Virginia” that they have been playing throughout the Wheels of Soul tour.

Then things got really interesting when John Bell came out to lend his vocals and guitar on three songs—”Down Along The Cove,” “Dark End” and “Delta Lady.” John’s timeless vocals are a great compliment to TTB.

The Tedeschi Trucks Band finished the night out strong with the Susan and Carey Frank duet “A Song for You,” a cover of the Allman Brothers classic “Statesboro Blues” and a TTB original that is bound for greatness, “Bound for Glory.”

A Song For You

Thanks to evenstev for the HD footage!

Thanks to Bennett Schwartz for the awesome recording of the historic show! 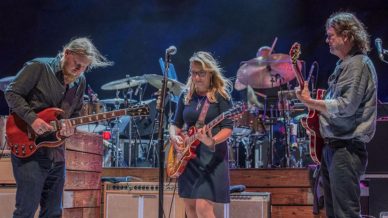 Jam Date: July 30, 2017
Featuring: Hot Tuna, John Bell, Mitch Chakour, Tedeschi Trucks Band, The Wood Brothers
Venue: Red Rocks Amphitheatre
Songs: A Song For You, Anyday, Bound For Glory, Dark End, Delta Lady, Down Along the Cove, Get out of my life, I Pity the Fool, I Want More, Idlewind, Laugh About It, Right On Time, Sky Is Crying, Statesboro Blues, Sweet Virginia, The Storm
Hey-I got something to say!