After a smokin’ set from the Marcus King Band, King came back out as the lead guitarist in the Black Crowes tribute, As the Crow Flies. King jammed on some original tunes during the MKB set and featured some smokin’ classic rock covers including Grand Funk Railroad’s “Sin’s a Good Man’s Brother” and Black Sabbath’s “War Pigs.”

After the MKB set, As the Crow Flies jammed on a healthy amount of classic Black Crowes material before busting out some covers from bands including Allman Brothers Band, Rolling Stones and Marshall Tucker Band.

Thanks to Relix for the stream! 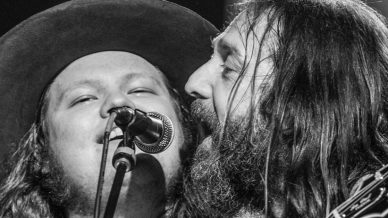